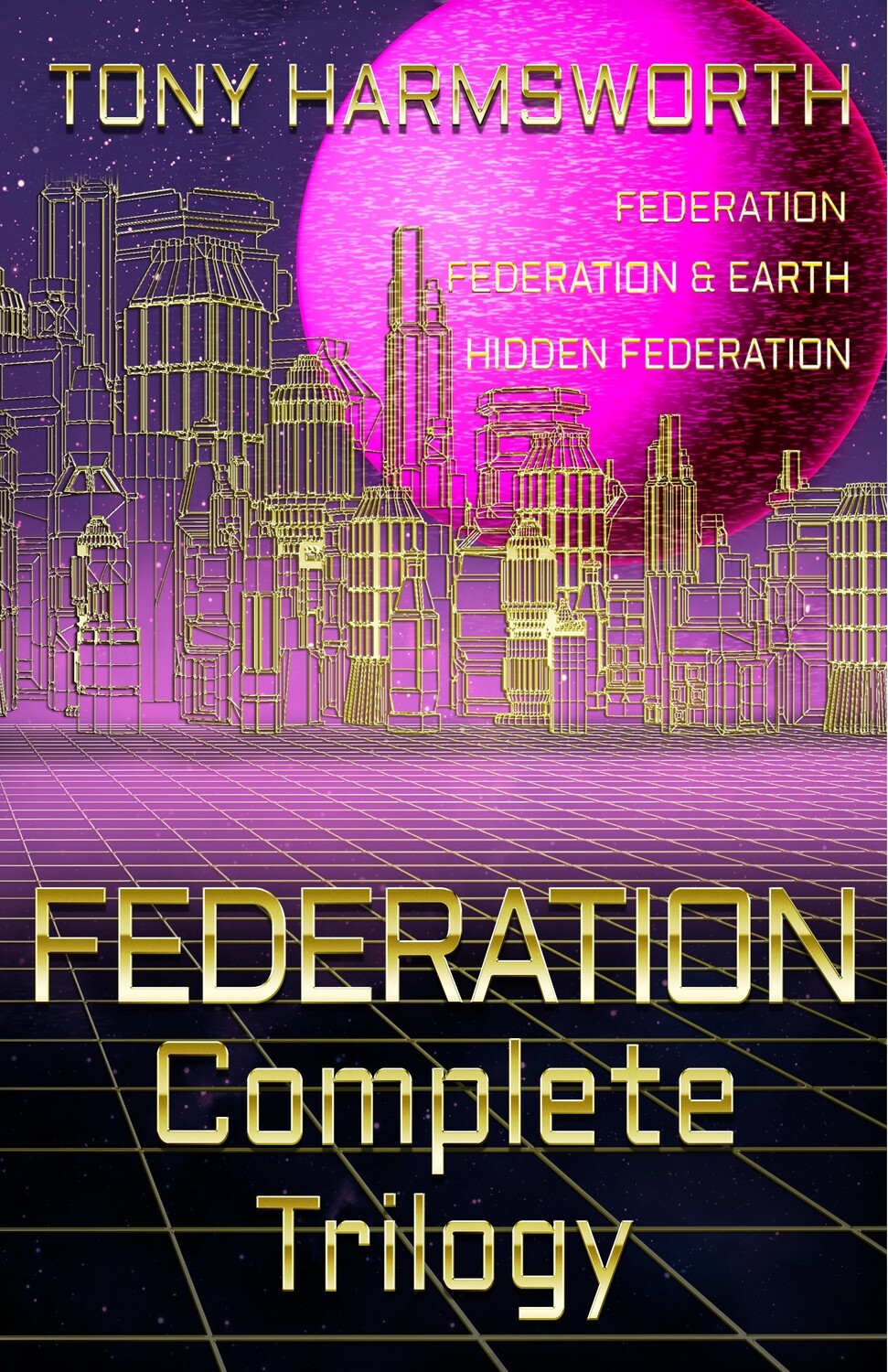 FEDERATION Complete Trilogy - is controversial, political, near-future science fiction for the reader who enjoys using their own imagination to think about how the world might react to real alien contact from vastly advanced civilisations.

When the first volume was released, it became the subject of vitriolic hatred by readers of a particular political persuasion who seemed incapable of understanding that they were reading a speculative and imaginative story. Instead, they believed the stories were actually a political treatise, and wrote angry reviews which clearly showed that they failed to grasp the difference between fiction and fact. They were patently incapable of working out what would happen to our economic system when automatons became able to carry out all work, faster, more efficiently, more cheaply and more accurately than humankind. With the exception of the billionaire cybernetic business owners, everyone else had to starve, or exist on government or charitable handouts. The author suggests that anyone unable to understand this simple fact of life finds something else to read.

The Galactic Federation had, during hundreds of thousands of years, managed to overcome all of the problems and sentient beings lived in utopia. They did not achieve that without facing the same violent and corrupt power struggles which come to Earth in this trilogy.

Federation (book 1) speculates what would happen when an ambassador from a peaceful alien Federation asks to be taken to our leader. Who would that be? There is no world leader. The ramifications of the request lead to fudged responses. They, in turn, result in civil unrest and shocking violent events on Earth, as the problems which would inevitably be created by cheap and efficient automatons are applied to our political and economic structures.

As a result of events in book 1, Federation and Earth (book 2) finds the Earth banned from all space exploration. A dictatorial US president, backed by the military, shuts the USA off from the rest of the world. A new UN secretary general tries to mediate, while a group called FREE AMERICA, begin to challenge the oppressive administration. Will the Federation be no more than interested observers or might they break their own rules and offer a helping hand?

Hidden Federation (book 3) begins with an interim solution. With the exception of United States of America, who will follow a free and independent path, the rest of the world joins the Galactic Federation. More problems arise as California declares UDI and the American crisis deepens. Meanwhile, the million year history of the alien civilisations is revealed, and readers discover how they dealt with the very same problems which applied to the newly fragmented Earth.

Although set in today’s world, this trilogy provides a fascinating insight into one possible future for the Earth, once automatons become ubiquitous and sentient.