They are post free in the UK and can also be sent worldwide. 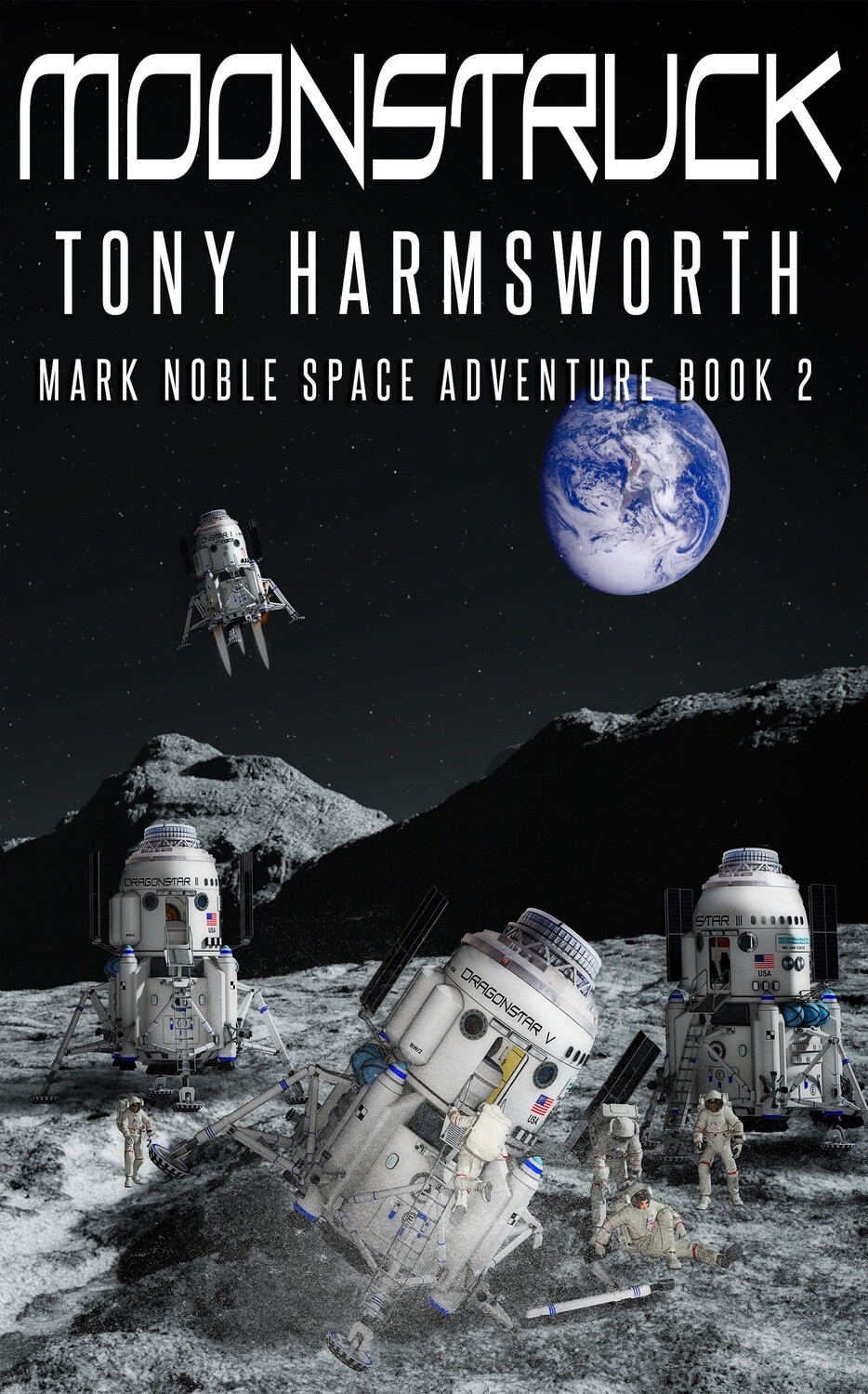 Moonstruck is the second of the Mark Noble space adventures. Reading Moonscape first is strongly advised.

After the frantic escape from the moon at the end of Moonscape, Mark has only just recovered when he discovers that the United States, together with the Chinese and Russians, are planning an invasion of Moonbase, and they want him to command it.

Penny, an old flame of Mark’s, is on the mission and this infuriates wife Linda, who has been grounded. Twenty-six others form the crew. Not only is it the biggest space expedition in history, but it also represents the most people ever to have been on the moon at the same time, and the most manned spacecraft in orbit too. Can Mark control the fourteen strong military contingent? As the story develops, he realises that he does not have as much authority as he believed.

Once again, Harmsworth has combined hard science fiction together with a fanciful, yet plausible story with totally convincing characters.

If Mark has international cooperation and support, how could anything go wrong? Surely a single offensive should be enough? No! The vicious mid-story plot-twist changes everything.

Find out what happens in Moonstruck.

Today he has eight hard science fiction novels and two works of non-fiction.