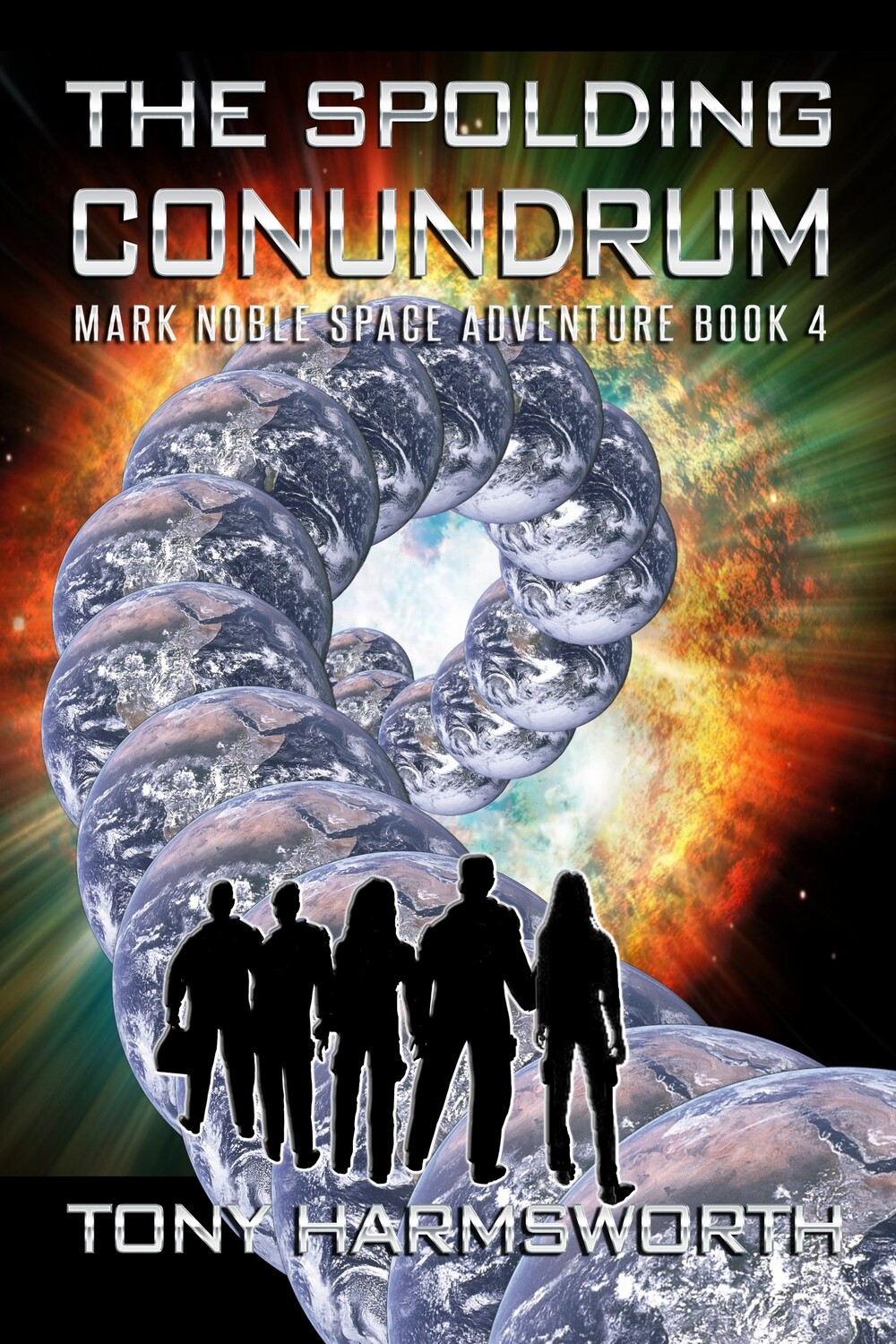 THE SEQUEL TO MOONSCAPE, MOONSTRUCK and Trappist-1

The Spolding Conundrum is Mark Noble Space Adventure 4. It is advised, but not essential, to read Moonscape, Moonstruck and Trappist-1 first.

Following Moonscape and Moonstruck, Mark’s team of entity-enhanced humans set off to Trappist-1 in the search for an Earth-like planet. The newly discovered spolding drive, which exploits the difference between normal space and the dark universe, cuts travel time to fractions of what might otherwise be needed.

At the end of Trappist-1, book 3, the depleted crew make the horrific discovery that something has gone terribly wrong. The world is different, satellites have vanished, the space station has gone, and only astrophysicist Mary has the slightest idea why.

After the shocking revelation that the problem was caused by the spolding drive, the crew try to analyse what happened and how they might return to their own Earth. Is backtracking the answer? They decide that they have no alternative other than to try. If it didn’t work, they could wander, lost, through the local universe until their supplies eventually ran out.

Back in the Trappist-1 system, they learn that things have changed there too, but the biggest surprise is encountered when they orbit the frozen surface of icy planet G. They hear distinct radio signals from the surface.

The discovery makes it even more imperative to return to Earth, and soon. There is far more at stake than just the lives of the Spirit crew. Hundreds more are threatened with the inevitability of a long drawn out death.

Just when plans are beginning to look promising, another paradox hits the crew. One with incredible repercussions.

Will rescue arrive in the nick of time? Find out in The Spolding Conundrum!