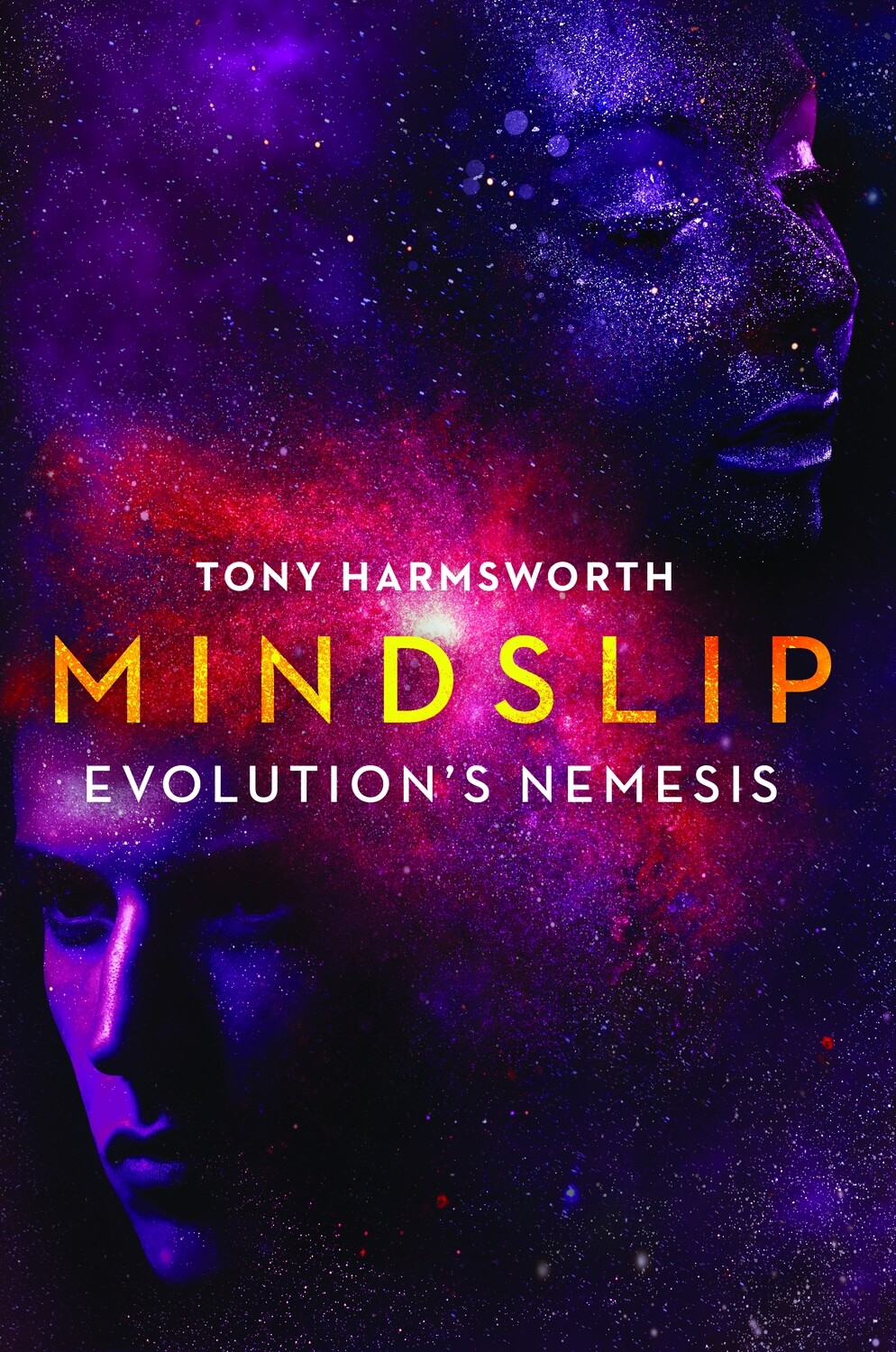 Astrophysicist, Geoff Arnold, is amazed at his change of body. Then he discovers that his wife and children have vanished into a world he can hardly recognise. Can he find them and save the world from the effects of Mindslip?

Tony Harmsworth has taken the world and shaken it violently to create a mind-bending and astonishing near-future novel in the style of John Wyndham or Arthur Clarke.

Radiation from a nearby supernova causes every creature on Earth to swap minds! MINDSLIP, evolution’s nemesis, turns men into women, children into adults, animals into humans, the elderly into infants, and vice versa. How would you handle changing sex or species? This novel combines frightening science fiction with psychological horror. Expect to be haunted by it for years.

The change astrophysicist Geoff Arnold experiences is, at first surprising, then fascinating, but quickly becomes challenging, and his wife and children seem to have vanished. He joins the government’s catastrophe committee with the brief to find a solution to Mindslip before it destroys society and the economy.

Millions die! Billions survive danger, violence, harassment and abuse, and manage to adapt to their change of species, race, sex, and age. Geoff discovers that his wife’s change is imminently life-threatening. Can he juggle his new life, help save the world and rescue his wife in time?

This stand-alone work portrays Tony Harmsworth’s imagination at its frightening best. It is science fiction in its purest form. You will be unable to put it down. A real page-turner reminiscent of the old masters.

Immerse yourself in the bizarre, yet realistic world of Mindslip today!

"Absolutely loved this story. Really thought provoking in terms of how we view the opposite sex. Would recommend to everyone and I do just that."

"One of the most fascinatingly unique stories I've read. Just the idea alone is going to stay with me for a long time. Well written and thorough, humourous while dealing with some serious implications... It's a page-turner. Tony, I will definitely read more Thank you so much."

"I’m in absolute awe at this book it’s so amazing to read. Thanks for writing it."